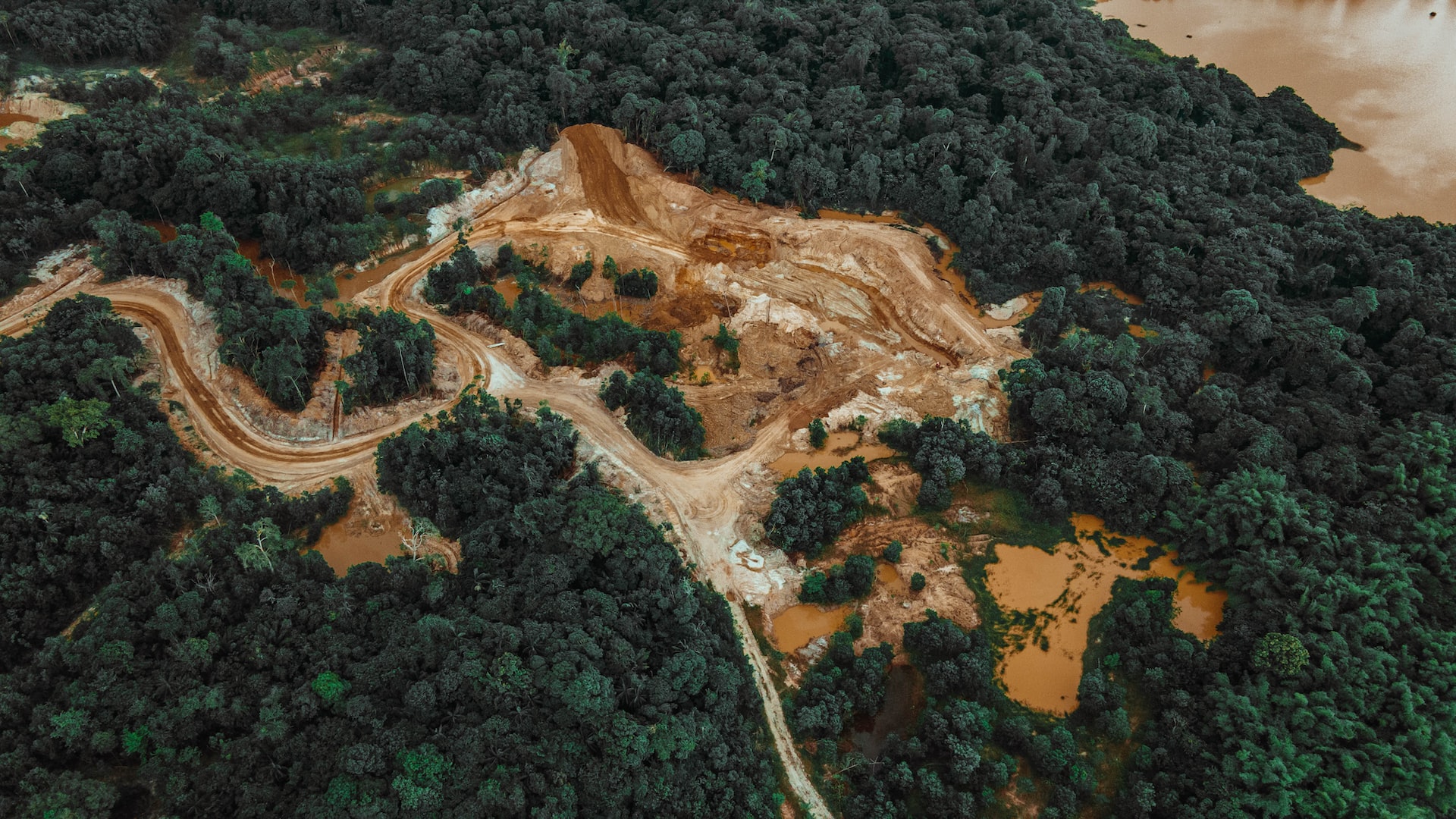 How do deforestation emissions work in food?

Deforestation is one of those topics that, as actionable and measurable as it is, transcends business and numbers. For most of us, images of thinning forests, the faded shades of green over the Amazon rainforest on the map evoke instant feelings of loss and grief. Humanity’s instant response as well as the fact that deforestation is one of the largest drivers of emissions rightfully secures a firm seat on the table of the climate crisis discussion and solutions. At CarbonCloud, both heart and reason motivate us in incorporating a state-of-the-art model in our platform to attribute deforestation emissions.

Food production has long been a driver for deforestation. The IPCC reports that 23% of global greenhouse gas emissions in 2007-2016 came from agriculture and land-use change – approximately half of which is due to deforestation. At first thought, deforestation brings to mind all the carbon dioxide that could be captured by the lost trees and instead roams our atmosphere. If you take a second to think about it though, deforestation is more than a lost opportunity – it’s an active risk. When forest trees are removed, the stored carbon in the tree is released into the atmosphere as carbon dioxide. This is called land-use change, a central driver of global greenhouse gas emissions and even more so, emissions related to food production.

So on to the burning question: How does it work? Why does Colombian coffee at farm have a climate footprint of 12 kg of CO2e/kg, 8.1 of which is attributed to deforestation and Brazilian coffee is at 4.1 kg of CO2e/kg?

How does CarbonCloud calculate deforestation emissions in the platform?

CarbonCloud calculates deforestation emissions based on the relevant database and model from Pendrill et al. (2022). The model and database are an update of the 2019 version, developed by, among others, Florence Pendrill and Martin Persson, two researchers from Chalmers University of Technology, CarbonCloud’s alma mater. Pendrill et al combine the Global Forest Change (GFC) dataset, updated annually with remote-sensing data of tree cover loss, as well as FAOSTAT data on carbon emissions from drained organic soils by commodity group.

So how does each ingredient get its deforestation emissions? Let’s lay out an overview of the model:

Forest plantation is the practice of planting new trees to produce a commodity instead of allowing the forest to regenerate itself naturally. This means that this land grows one species of trees, which may or may not be native to the land, instead of the several species that would organically grow in a forest.

What this implies for emissions is that the planted species may have a lower carbon stock, i.e. carbon stored in the land above and below ground. When the plantation is harvested to produce the commodity, for example, when the planted tree is cut down to create timber, carbon dioxide emissions from the process are released in the atmosphere in addition to carbon dioxide emissions released when the natural forest was removed.

The Pendrill et al. model is based on the following general premises, supported by data on land-use change related to tropical deforestation:

The model attributes deforestation emissions to pasture, forest plantation and crops based on how much each type of land use expands into forest land.

– When a type of land use -and its related commodities- have not expanded, no deforestation is attributed to them.

– When the total forest loss is larger than the expansion of the other land uses combined, the excess deforestation emissions remain unattributed.

– When there is no cropland expansion, but forest plantation expansion and/or pasture expansion, deforestation is attributed solely to the latter two land use changes. Where does this scenario apply in real life? Typically, this is the case in Brazil. In Brazil, we can see that the total cropland has remained quite stable for the last 5 years, while permanent pastures have expanded. This means the vast majority of the impact of deforestation is attributed to pastures and cattle.

– When cropland expansion does not exceed gross pasture loss, all deforestation is attributed to pasture expansion and forest plantation expansion in accordance with the model above where cropland expands into pastureland first.

In sequence, the emissions from deforestation are then allocated to the different products that come from forest plantation, pasture and individual crop types based on how their production has changed. Further, to account for the fact that, while deforestation is a one-time event, the cleared land typically yields agricultural and forestry commodities over many years, the deforestation emissions attributed to a given land use are spread equally over production from that land for 5 years after the deforestation occurred.

Cropland expansion exceeding gross pasture loss is a common case in Colombia and Peru, where cropland has been growing substantially in the last 5 years, and together with a growth in coffee production, it results in a major part of the impact from deforestation being allocated to coffee beans.

The “Did you know?” part of the research

Florence Pendrill, Martin Persson, and their peers have done some pretty incredible work, right? We are not the only ones who think so. Their 2022 research “Disentangling the numbers behind agriculture-driven tropical deforestation” was published in Science and has generated some valuable insights as well as interesting media attention. We cherrypicked some illuminating insights:

As a food producer, as a buyer of food products, as well as a citizen, the more you know about deforestation, the bigger the difference you can make. When it comes to sourcing products, using a database of climate footprints to source the climate-smart alternative can save you kilos and kilos of greenhouse gas emissions. As a buyer, having comparable climate footprints per product can help you purchase the alternative with the lightest emissions. As a consumer and citizen, you can’t know until you know – but you have power: Demand tighter regulations on deforestation and climate transparency in all food products. 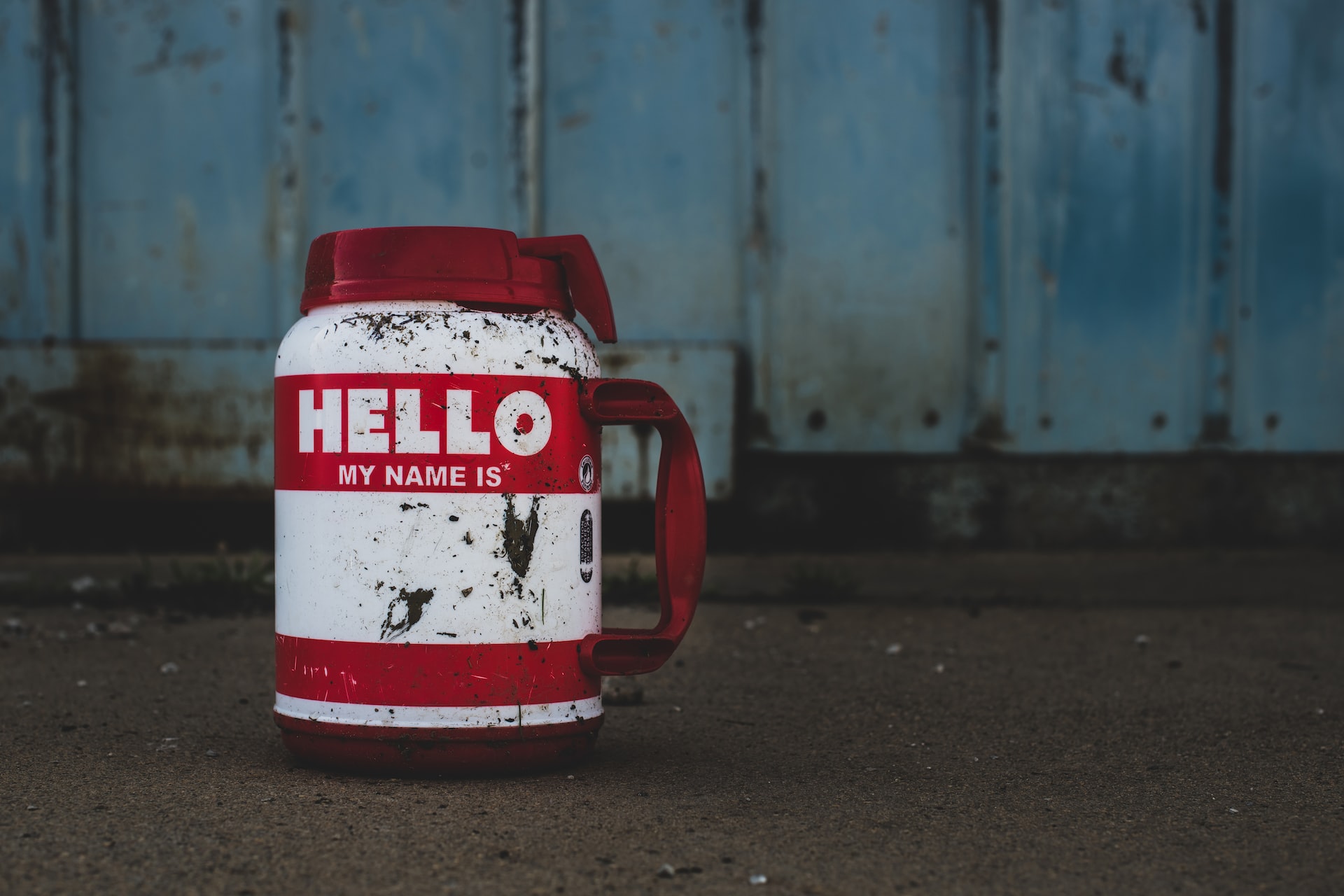 Explorer–Navigator–Trailblazer: Product packages with a story

You are casually browsing through the CarbonCloud website, you find some interesting stuff and you decide the check the Product packages page. Or, you are already talking to one of our lovely Salespeo 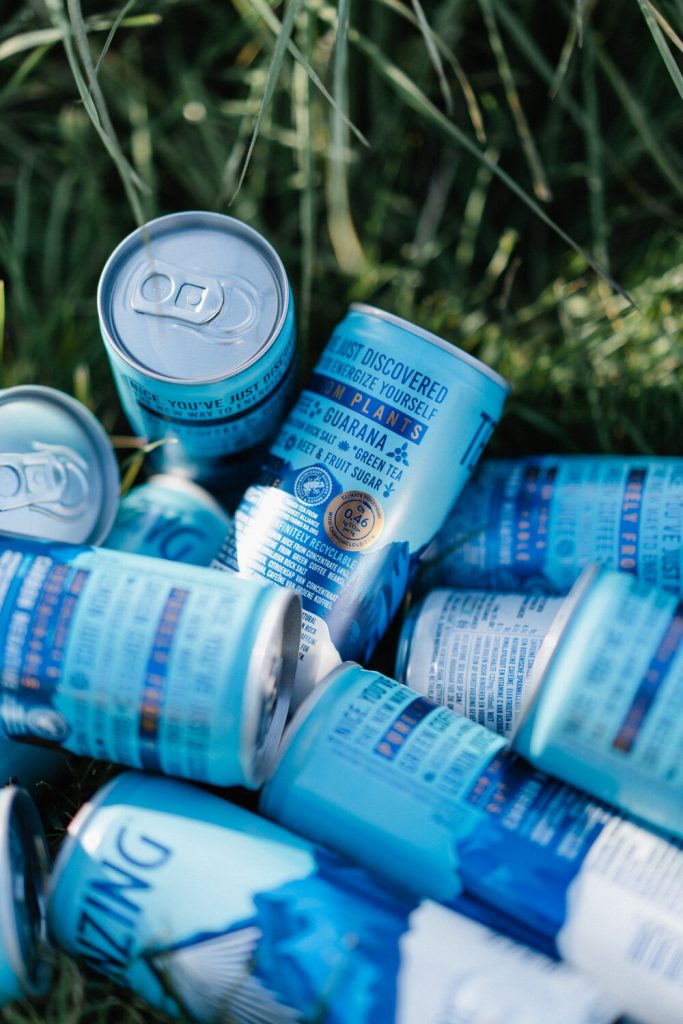 From top to can: TENZING’s climate transparency climb 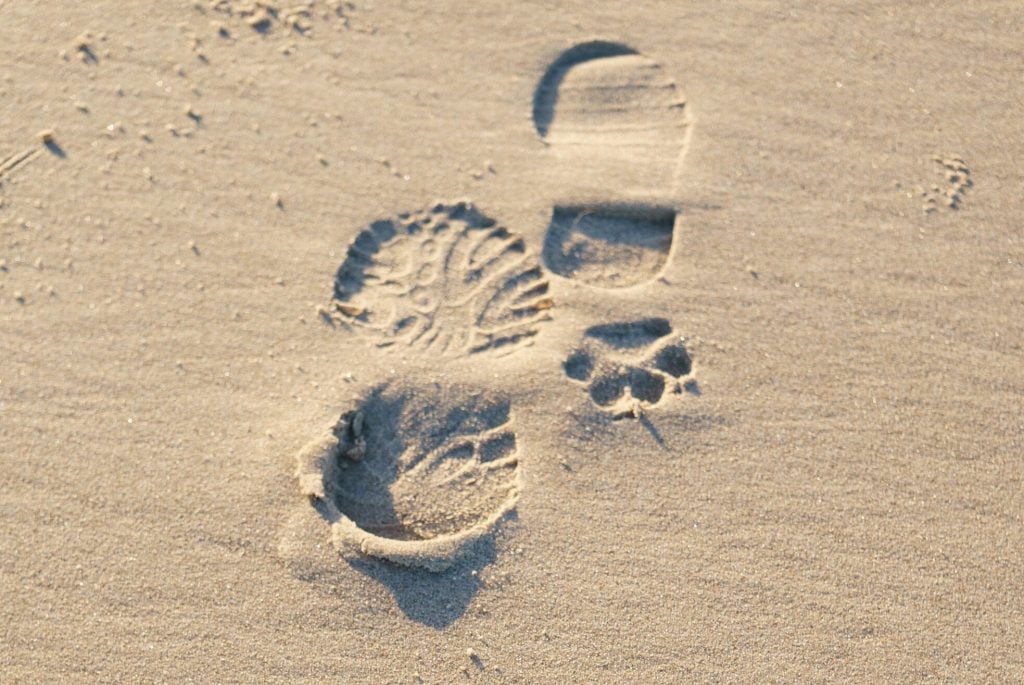 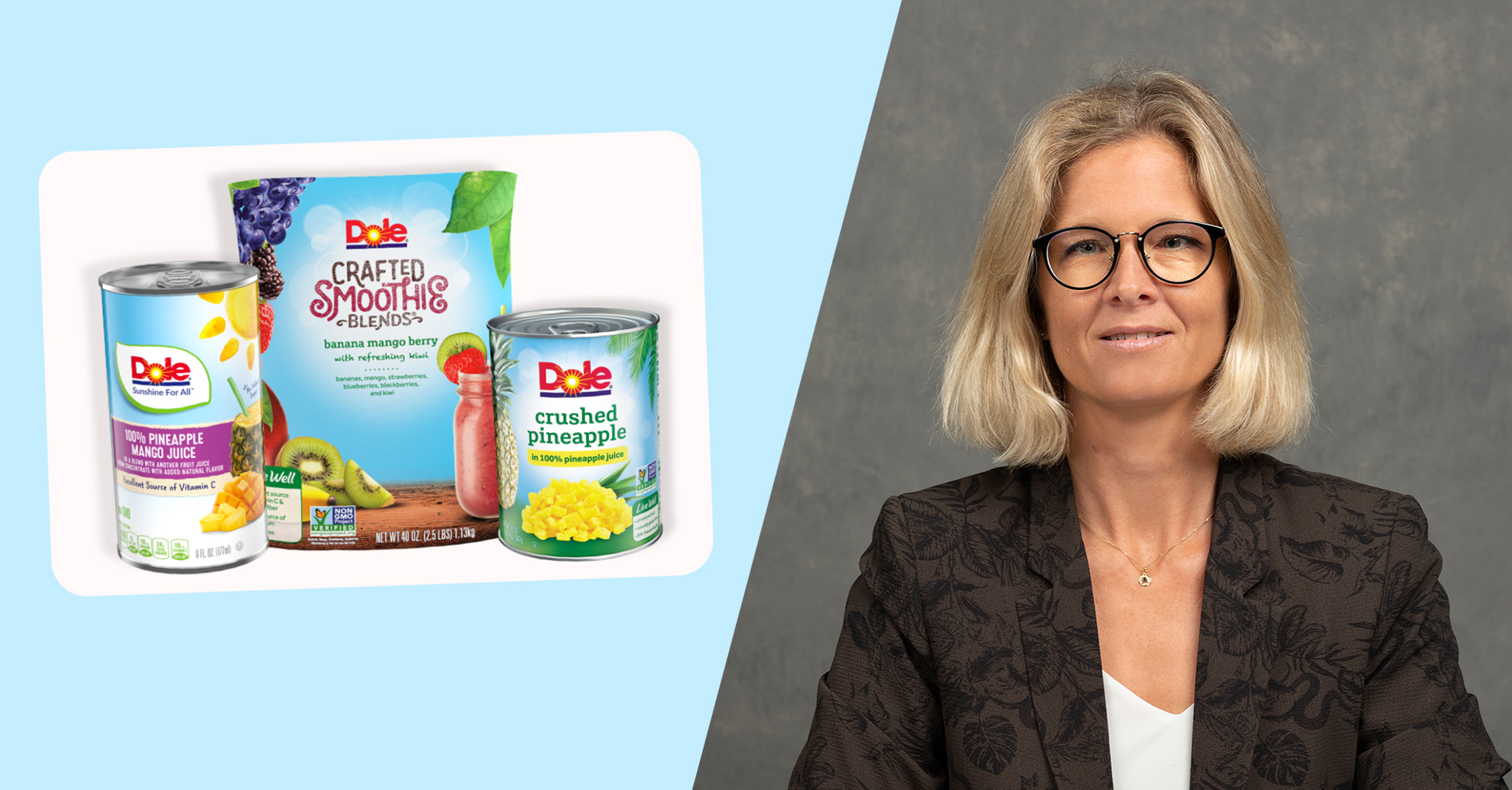