Unboxing climate footprinting with When in Rome

This fall, When in Rome became the first wine brand in the UK to go public with their climate footprint. The wine brand set out to redefine bag-in-box wine – and they have good reasons for doing it. For starters, they reduced their climate footprint by 41%, simply by swapping their packaging to carton. Secondly, When in Rome wants to recreate the authentic Italian experience for wine enthusiasts in the UK – is the box part of that? Yes, it is! Rob Malin, CEO of When in Rome, tells us more.

I love Italy more than I love wine. When I lived there and I saw how Italians used to buy wine in rural areas: They would drive to wineries with refillable containers, empty bottles, anything they had, and buy tap wine through a pump. It just got me thinking about the heavy glass bottles wine is sold and packaged in non-Italian markets. Not only does that have a huge environmental cost but consumers are also not getting the right experience.

This vivid image ignited the idea behind When in Rome. An authentic quality Italian wine in bag-in-box packaging. For When in Rome, their value delivery and the environmental impact go hand-in-hand in their mission: To recreate the real Italian wine experience with the minimum climate impact.

So how can When in Rome achieve the ‘minimum climate impact’ part? As a start, with transparency. It was that value of transparency that Rob saw in CarbonCloud’s climate footprints:

The wine business is an immense polluter, and we are not going to minimize that or greenwash it away by claiming a grand and false ‘carbon neutral’. There is an excess of carbon in the atmosphere that is the cause of climate change. The single value in CarbonCloud’s climate footprints makes it so easy to understand the connection. We want to build our consumers’ trust with climate footprints: Tell them exactly what environmental impact wine has and what we are doing to minimize it.

Beyond transparency, Rob also observed his own reaction to the climate footprint of his products.

‘0.69 kilograms of CO2e per one kilogram of product’. That completely stuck in my head and I’ve been amazed myself at how quickly I began to benchmark it against other things. I think people will look at climate footprints the same way they look at calories or sugar levels.

Capturing the need for climate footprinting

When in Rome was quick to respond to the zeitgeist of climate footprints. Rob explains that when he investigated entering the Nordic markets, he discovered the high market penetration of bag-in-box wine. One reason for this is that Nordic alcohol monopolies factor the climate impact of their potential suppliers into their distribution decisions. In parallel, When in Rome was already a sponsor to the greenest football team in the world, Forest Green Rovers. Within When in Rome’s network, the demand and commitment for an accurate calculation of their climate footprints were high. An early adopter in essence, When in Rome responded fast. Rob tells us:

Upcoming legislations aside, I want to get ahead of the game. We know bag-in-box wine has a climate advantage, so we are going to shout it to the world. At the same time, we are making a commitment to improve, and we are not taking this decision lightly. It is a competitive start to move quicker into alternative wine formats, like bag-in-box.

Climate efforts do not end at packaging

Choosing the bag-in-box format is an evident climate advantage: The box as a packaging choice accounts for approximately 10% of the total climate footprint of the product; In glass bottle wines, the packaging percentage is at approximately 45% of the total climate footprint. The switch reduces When in Rome’s climate footprint by 41%. Rob was surprised by the remaining 69% and particularly, the impact of agriculture. True to When in Rome’s commitment, Rob is transparent on these numbers and has a foundation to start acting.

Something we did not expect was how significant agriculture was in the lifecycle analysis. Our wine comes from small producers in Southern Italy who are seeing the effects of climate change in their work but may not be that apt to act on it. We want to be able to go to our producers and transport partners, show them the data, and focus our efforts on improving together. This is the next natural step with our climate footprint data from CarbonCloud.

A retailer on board with climate footprinting

Rob firmly believes that the consumers will respond to the transparent communication of When in Rome’s climate footprints. Nevertheless, he describes that his belief was not as firm regarding their partners in retail. In this, Rob was pleasantly surprised – and we enjoyed the fascinating story:

Previously, all alternative environmental formats were grouped together in one small aisle for special buyers. We challenged that thinking of our retail partner with climate footprints and they have really risen to the challenge. With a climate footprint label, you get a single, collective value – you cannot argue with that value on a moral level. I was expecting our retail partner to be intimidated by this, but they thought it was great! They set out to challenge their other suppliers into disclosing their climate footprints and it is really encouraging!

Rob continues that the retailer’s positive response encouraged When in Rome to put the climate footprints on all their products. The retail partner will include When in Rome’s initiative in a large-scale climate communication rollout at the end of the year (stay tuned for more!). What Rob knows for sure is that the consumers will respond.

Climate footprint has significantly changed the tone with which we speak to our consumers. We will have some interesting consumer messaging to deal with and equally interesting feedback!

When in Rome unbox a true Italian wine experience and a noble yet raw commitment to consumer and wine industry transparency. We are counting seconds until When in Rome turns into the wine industry example. 3… 2… 1. 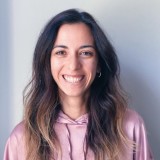 Future farm: Climate work with attitude – the right one

You know how CarbonCloud always says that climate strategy is compatible with business growth? If you don’t think so (unlikely!),…

Third-party verification is an important confidence boost in your climate footprints and strategy. So no wonder we get questions about…

Climate myths: Is organic food unequivocally better for the climate?

When we buy organic food, we feel a certain level of satisfaction. Organic food comes with a positive sign: We’re…